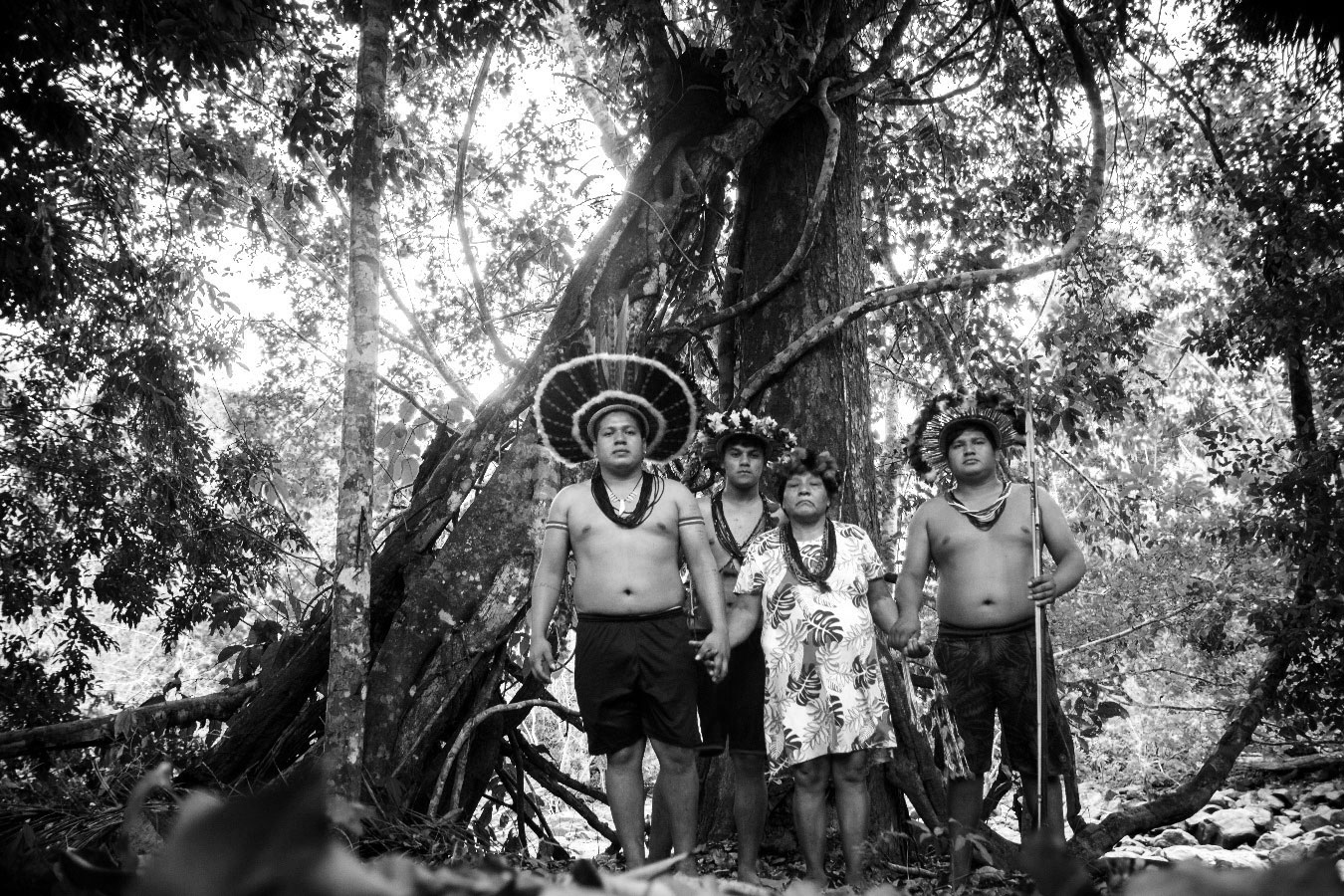 SuperWorld is proud to announce the release of “AMAZONIA,” an art exhibition and NFT gallery in augmented reality (AR).

Produced In partnership with MONOGRAMA, a decentralized autonomous organization (DAO), the exhibit incorporates art, music, video and cultural artifacts from members of the Paiter Surui and Cinta Larga tribes of Western Brazil.

For over 500 years, the Cinta Larga and Paiter Surui tribes of the Amazon rainforest warred with one another. Today, the two tribes have put aside their troubled history and joined together to confront a troubled future: From fires and deforestation to illegal mining, logging and outside development, both tribes must now combat an encroachment on their native lands and a crisis of the spirit.

Since 1969, the region’s population has grown 4x, as nearly 25 million inhabitants compete for increasingly scarce resources, with the richest, most biodiverse area of Brazil turned into a region starved for natural resources, beset by alcoholism, crime and drug addiction, and leaving it among the most impoverished areas in the country, with little to tie the region to the indigenous cultures who shaped it over centuries.

“Provenance,” is a word often used today to discuss and articulate the advantages of blockchain & NFTs: An immutable ledger of transactions and minting dates/times creates an indisputable layer of security and trust between organizations, businesses and individuals. The blockchain is the ultimate mechanism of preservation.

For SuperWorld, preserving the narrative and cultural heritage of indigenous communities is of paramount importance, and the AMAZONIA exhibit offers both members of the Amazonian tribes themselves and those looking to support their creativity and their cause a way to transact securely and with confidence.

Of course, indigenous nations the world over have already established provenance, and long before “civilization” reared its head and began to take advantage of their lands, their culture, and their resources. From technically intricate monuments to scientific and medicinal achievements, and indeed the construction of whole cities, indigenous cultures have time-stamped their unique heritage and history through artifacts, art, music, and more.

Nevertheless, because of manipulation by outside interests and governments, the indigenous narrative was stolen and reshaped. Prohibitive policies were introduced by new authorities, and inhumane treatment doled out by those who considered the indigenous peoples inferior, or even sub-human.

However, indigenous tribes including the Paiter Surui and Cinta Larga held on to their history and culture through subversive or clandestine means, keeping an historical record of their lives and their struggle through a wholly original and authentic artistic tradition. As time went on, some indigenous peoples were understandably hostile to the modern technology thrust on them by an unsympathetic world; and often because their remote environment, many indigenous people were able to continue their lives somewhat unmolested by living in environments uninhabitable by the new arrivals. Today, however, the cross-pollination of native creativity with modern technology has become instrumental in preserving the cultural and artistic traditions passed down through the centuries.

Right now, native dialects and songs are being recorded for posterity and indigenous art is being preserved and put on display. Many stories that would otherwise be lost to history are finally being heard. And thanks to blockchain technology and the wholly unique nature of digital assets including NFTs, we’re now able to bring the artistic spirit of indigenous people to life “on-chain.” What is more, the tribes themselves can now participate in and profit from a paradigm shift in commerce and accessibility to new revenue streams.

The AMAZONIA exhibit will take place in two 3D-modeled galleries in AR that have been geo-pinned by the tribes on their respective land in the Amazon rainforest, with all works on sale or for auction as NFTs on the SuperWorld NFT Salon.

According to SuperWorld Co-Founder and CEO Hrish Lotlikar. “At SuperWorld, our vision is to help build a better world, and a move toward helping indigenous cultures and bringing attention to people in need all over the globe aligns perfectly with our business model. Team SuperWorld is dedicated to moving forward in the metaverse and giving back in the real world, and the AMAZONIA project gives people all over the world the perfect opportunity to appreciate digital art in augmented reality, and to affect profound change on the ground.”

Proceeds from AMAZONIA will raise funds for and turn a spotlight toward the valuable cultural and artistic legacy of the tribes, while offering a broad lens through which the rest of the world can appreciate and support their creativity — and their struggle. This initiative seeks to empower the Cinta Larga and Paiter Surui peoples to showcase their rich culture all whilst preserving their privacy and agency as people of the Amazon Rainforest.

We’ve worked hand-in-hand with the tribes for months to build awareness,” says world-renowned artist Patrick Amadon, who helped coordinate and curate the exhibit. “The galleries contain photos, stories, songs, and artifacts that will live forever on the blockchain, beyond the reach of forces seeking to take the tribal lands. Our hope is that these NFTs will continue to exist as symbols of defiance and preserved history, while people from around the world can visit and immerse themselves in the culture of these great tribes via AR.”

It should be noted that the AMAZONIA exhibit won’t be invasive within the lived environment of these tribes, and the work collected and produced by both the Paiter Surui and Cinta Larga has been done not just with their approval, but with their support and active participation. Both SuperWorld and MONOGRAMA adhere to the tenets of decolonization, and support the tribes’ artistic, environmental, and community endeavors on their terms.

The AMAZONIA exhibit will also support Oyxabaten (OYX), an indigenous cryptocurrency developed by and for the Paiter Suruí and the Cintas-Largas tribes (+/- 4,000 people) in the states of Rondônia and Mato Grosso, Brazil.

Hervé Delhumeau, Founder and CEO of MONOGRAMA, adds: “The AMAZONIA exhibit serves as a groundbreaking use-case scenario of how augmented reality and NFTs can create a positive social impact. As both a vehicle to promote art from different regions and cultures, and as a bridge to connect the physical with the digital worlds, AMAZONIA will raise awareness of the tribal communities, and help efforts to improve conditions in the region.”

With AMAZONIA, SuperWorld and MONOGRAMA stand by a commitment to promote creativity and art that not only entertains, but educates, and serves as a catalyst to help worldwide efforts to combat climate change, hunger, poverty, and inequality.

Founded in 2021, MONOGRAMA is a Decentralized Autonomous Organization (DAO), and includes global leaders from across the spectrum of the NFT, cryptoart and DeFi ecosystems. The MONOGRAMA initiative fosters social impact projects around the world, with the AMAZONIA project representing its flagship initiative. To learn more, visit Monograma.io

SuperWorld is a virtual world in augmented reality (AR), digitally mapped over the surface of the Earth. Plots of SuperWorld land are represented as 64.8 billion non-fungible tokens (NFT) corresponding to real world space. Any user in SuperWorld can explore and create AR content, engage in a virtual real estate marketplace, or buy and sell NFTs in the SuperWorld NFT Salon. To learn more, visit SuperWorldapp.com 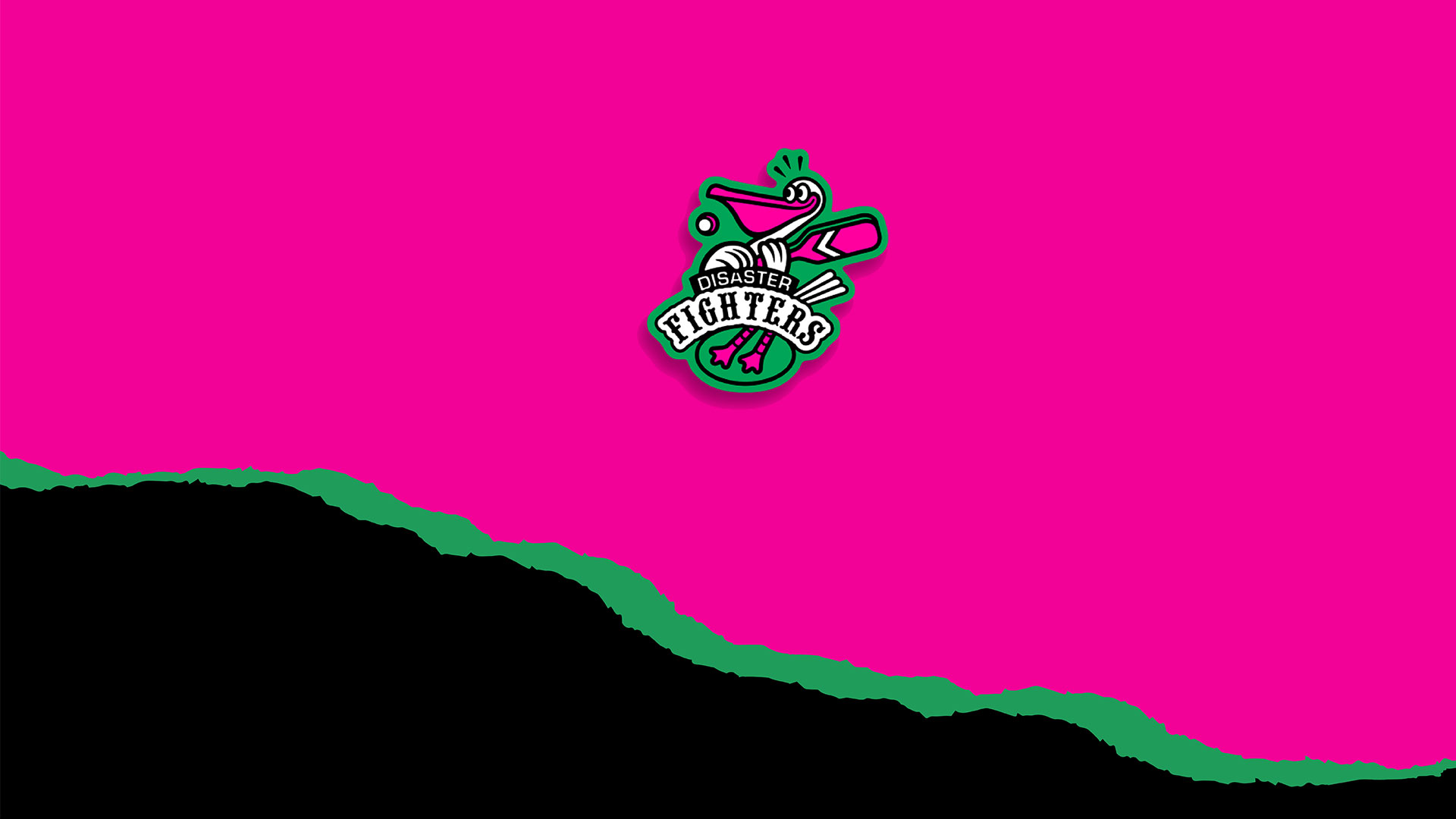